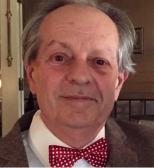 Scientists Anthony Samsel and Stephanie Seneff have just gotten the fifth peer reviewed paper on Glyphosate published. Its named “Glyphosate pathways to modern diseases V: Amino acid analogue of glycine in diverse proteins”. The interview on that has been covered in the previous blog.

The latest bombshell to come from Anthony Samsel is from the sixth paper, which is not yet published, but whose supporting data is already making waves – various popular vaccines are contaminated with glyphosate.

How? Well, vaccine makers sometimes use animal byproducts in vaccines, products such as chicken egg protein or gelatine that comes from bones. And if those vaccine makers are using animals that come out of factory farms, chances are they are fed GMO and glyphosate laced feed. If so, they would pick up Glyphosate into their system just as we humans do. Therefore, egg protein and gelatine made from these animals may also contain glyphosate, which in turn would then contaminate the vaccines that use these products. Finally, people, or animals, vaccinated with these products would have glyphosate directly injected into them, and will in due course have glyphosate initiating a cascade of diseases.

Anthony Samsel was not passing opinion on this. Rather, he collected vast samples of these popular vaccines and got them tested by multiple labs in USA for presence of Glyphosate, and found, as he suspected, the vaccines to be largely contaminated by it.

This 5 minute video covers only that part of the talk.

He has already alerted his Senator, as well as various Government and international organizations such as CDC, FDA and WHO.

What is the situation with Canada? It depends on where the vaccine makers have their plants. I don’t know if they have many in Canada. But the issue remains the same. Vaccine manufacturers might be using animals from factory farms, and may never have considered the issue of glyphosate contamination.

For Canada, the most important task would be to take samples of all vaccines and have them tested for presence of glyphosate.

For Canadians, it should trigger a grassroots movement demanding postponing all mass vaccination till we have the issue sorted and till we have forced the vaccine makers to use animals fed organically and tested to be glyphosate free.

I intend to use the content of Anthony Samsel’s letters, add my bit on Canada, as well as video such as this one, to alert our Canadian counterparts.

I request all readers of the blog to share it, and also consider writing to your local representative in the Government, or to the medical establishment, to consider taking a serious second look at this new information of glyphosate poisoning of some of the popular vaccines. The idea is not to ban vaccines per se, but to force the producers to use animals that are not fed GMO and glyphosate laced feed to start with, and to clean up their vaccines. Vaccines are meant to protect people, not poison them or make them sick.

Links to Anthony Samsel’s five peer reviewed papers can be found at ResearchGate, by typing in his name and browsing through his publications. Alternately, they can also be downloaded from here:

Large Hadron Collider Comes Back With A (Big) Bang – March 2015?

Why won’t Hillary Clinton take a stand on CISA

‘Future You’ is waiting. Start investing for them now, on Bitbuy.https://t.co/3wnsadjYnx pic.twitter.com/bb4W7KpscV